How much is that restaurant stealing from you?

I originally wrote this in July 30th of 2011. On a blog site I had before this one, I had totally forget where I wrote this in till it popped back up looking for something else.

I dislike onions, and always have the restaurant I am eating from not put them on my food and tomato’s are in if I am in the mood. Some people don’t eat lettuce, and/or some can’t or don’t like cheese.  What about people who are watching the weight and pass on the dressing / mayonnaise?

But is not the price of the meal you are eating including these toppings. Well expect for when you have to pay for them like on pizza.

Now I don’t know about you but in today’s fast pace world I eat out at least once a week, so let us say that it costs 10c for my onions and tomatoes per meal, which is included in the price, so 10c a week at 52 weeks per year equals about $5.20 a year.  Not so bad right but that’s for one person once a week, a family of four would be $20.80 a year at once a week.  Now how many families just eat out once a week even if they don’t all sit down together?  So lets say your single and eat out 5 times a week, that is 100 plus dollars a year.

But back to me, now I have been on my own for about 20 year and eating out for most of them.  I do eat out less than when I was younger.  But at 10c twice a week, over a year and then times that by twenty years come out to about $208.oo dollars low balled.

Can you afford to just give away any amount of money?

Now I have not done the actual cost research for the price of onions, tomatoes, lettuce, ect and I am sure that would be hard being the size of the restaurant and other factors go into how much they pay so I just rounded it to 10c because that is what my educated guess would be.  It’s maybe less in some cases like fast food. And more in other like my neighborhood dinner. I honestly don’t know so please don’t look at the number and say oh that can’t be right.  What ever the cost is, it’s still there and I am still paying for something that I am not getting.

And some will say so get it and then take it off yourself but I just can’t waste food in that way so there has to be something else that can be done.

Well that is a peak into my mind and the way I think about everything. Right or wrong my mind never quiets. 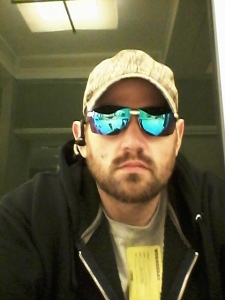