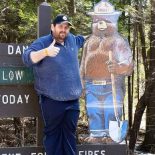 Making negative statements about your body, such as “I’m so fat,” and “I need to work out more,” may be deleterious to your body image and mental health, a new study finds.

The results show engaging in “fat talk” — the ritualistic conversations about one’s own body or others’ bodies — predicts lower satisfaction with one’s body and higher levels of depression, the researchers say.

“These results suggest that expressing weight-related concerns, which is common especially among women, has negative effects,” said study researcher, Analisa Arroyo, a communications student at the University of Arizona, Tucson.

5 Foods you must not eat: Beyonddiet.comCut down a bit of stomach fat every day by never eating these 5 foods.Brain Training Games http://www.lumosity.comImprove memory and attention with scientific brain games.Suffering From Bulimia? http://www.Eating-Disorders-Treatment.comYou’re Not Alone. We Can Help. Find Individualized Treatment Options.Ads by Google
In one study, 33 women and 24 men, all undergraduate students, answered a series of online questionnaires administered over three weeks. Participants responded to questions about their body satisfaction and perceived pressure from society to be thin, level of depression and self-esteem, and how often they or their friends engaged in fat talk.

Examples of fat talk included comments about what the respondents’ eating and exercise habits should be (“I should watch what I eat”), fears of becoming overweight (“I’d really hate to get fat”), perception of their own weight and shape (“I’m so fat”), and comparisons with other people in these areas (“I wish I could eat as healthy as some of my friends do.”)

The more often someone engaged in fat talk, the lower that person’s body satisfaction and the higher the level of depression after three weeks, the researchers said.

A second, larger study surveyed 85 women and 26 men over a two-week period. This study was designed to distinguish between the fat talk voiced by participants and what they heard from others.

Arroyo said the researchers found the latter finding interesting because it contradicts published media effects research, which shows exposure to messages in the media can affect individuals’ body image. “Interpersonally, however, this is not happening,” Arroyo said. “It is the act of engaging in fat talk, rather than passively being exposed to it, that has these negative effects,” she said.

Pass it on: Engaging in “fat talk” may increase the risk of depression, a new study suggests.